Getting to Know Beer Sheva – 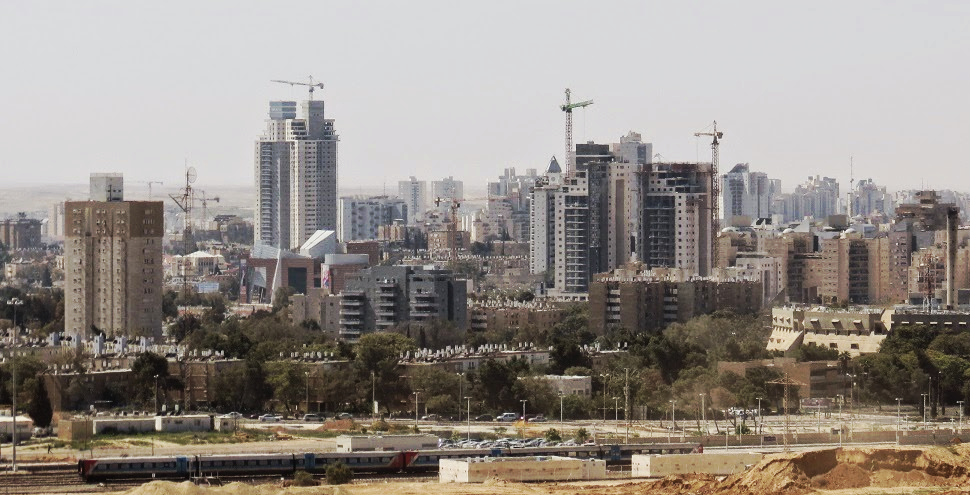 The best word I can use to describe Be’er Sheva is “in-progress”. There is construction and revitalization everywhere, especially because of the growing student population. [Photo: See how many cranes there are on the rooftops?] I live in an area that seems to be mostly students, and new immigrants from Russia, Africa, and Middle Eastern countries, as well as some low-income residents.

My first impression of Rahat, is that is is clearly a newer city, with a plethora of food options that I can’t wait to try and I look forward to interacting with the very curious (as to who I am) locals. 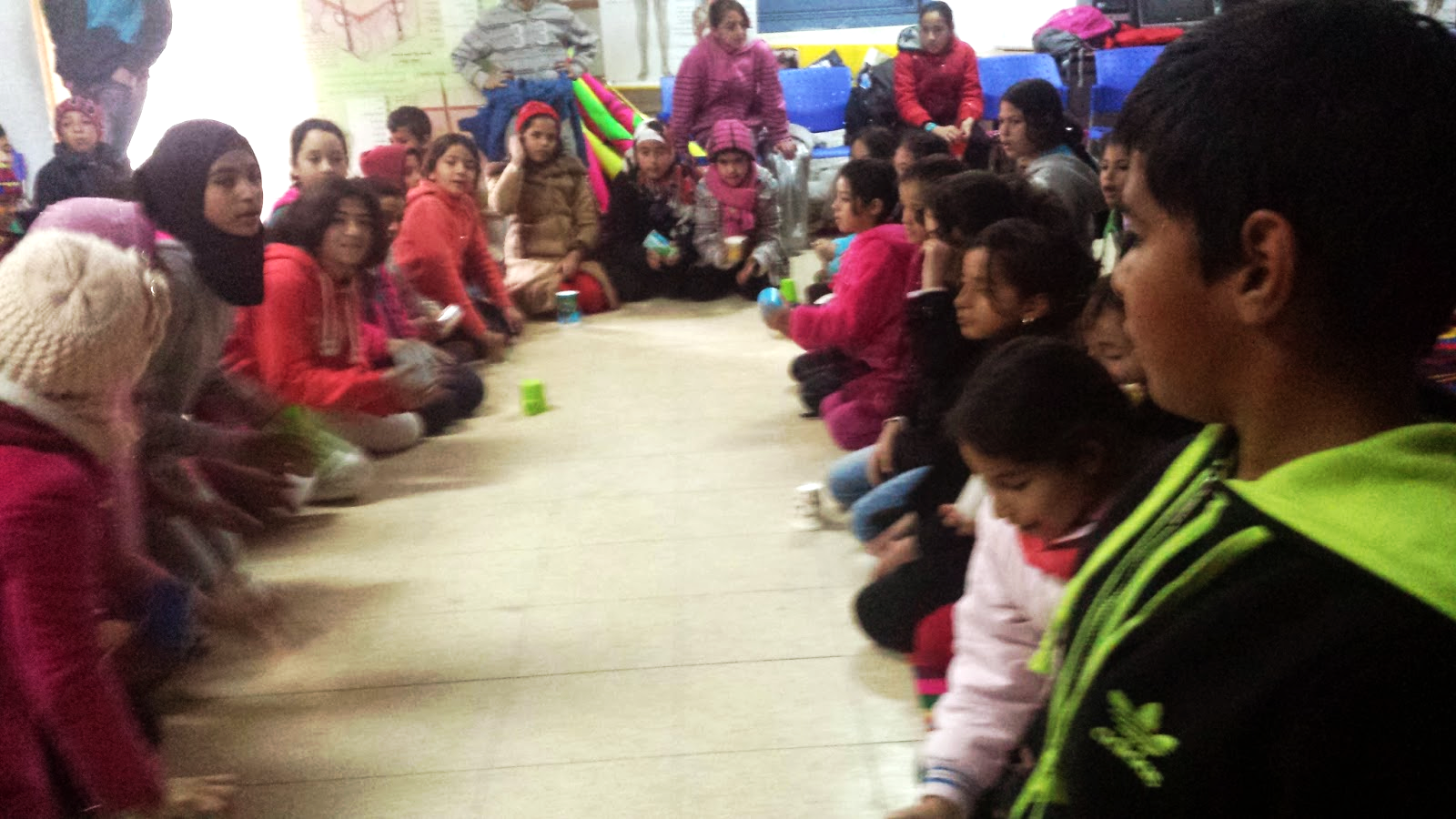 I was able to participate in the Al Salam Elementary School’s English camp on its last day [as vacation for Arab schools in Israel was ending]. The students are excited, over-energetic, and love music. Surprisingly, they almost all love to dance -including the boys.

Getting to Know Bedouin Culture –

On the first week, I also took part in a visit by representatives from the German Embassy, a Lutheran Group that works in the West Bank, and university students from an Israeli and American University whom all came to learn about the Bedouin people, their current challenges and city of Rahat. I also will be here for the opening of the new and nearly complete Jewish-Bedouin Center in Rahat, which A New Dawn hopes to use to host a variety of educational and entertaining activities.
​​
I feel in this first week alone, I know more about the Bedouin that many Jewish-Israelis that are born here.
I learned about the “semi-forced” relocation plans, the history and the plethora of challenges and lack of resources that the government-planned Bedouin relocation cities face, such as unemployment and educational opportunities.
I also visited the unrecognized village of Al Sira, that technically could be demolished and had a great meal and learning session, along with fellow do-gooders.
Shared with permission from Cody’s blog: Texas to the Negev
May 13, 2018/0 Comments/by PR
https://anewda.wpengine.com/wp-content/uploads/2020/08/a-new-dawn-logo-large-300x99.png 0 0 PR https://anewda.wpengine.com/wp-content/uploads/2020/08/a-new-dawn-logo-large-300x99.png PR2018-05-13 11:43:262018-05-13 11:43:26Cody's Blog: Getting Started with A New Dawn in the Negev
0 replies

Want to join the discussion?
Feel free to contribute!

No images available at the moment